The Buddhist Nerd Where Science and Enlightenment Collide

So I have decided to remove all tech for 7 days (minus having a land line and transportation what with the kids and all).  As to create my own 7 day retreat at home.  My focus will be embracing my true self once more, meditation, study and reflection.  I am tracking my progress on a legal pad which I will upload later.

First let me say how difficult it is to count the Stardate when Star Trek has been off the air for such a long time and no computer or calculator at one’s disposal!  After dropping the kids off at school and taking a few moments to meditate and gather my thoughts for the day, I quickly realized I had no new books to read that might spur on my reflective moments.  After a quick jaunt over to the local book store, I managed to get a copy of Tesla’s Notes and Inventions in hard back and a paper back of the Essence of the Heart Sutra by the Dalai Lama.

Started reading the Sutra, best quote so far: “The Buddha recognized among his followers a diversity of mental dispositions, spiritual inclinations and interest, and saw that in order to suit this diversity he had to teach differently in different contexts.  No matter how powerful a particular teaching may be or how “correct” a philosophical view may be, if it is not suitable to the individual hearing it, it has no value.  A skillful Spiritual teacher will this judge the appropriateness of a given teaching for a given individual and teach accordingly. Buddha recognized the diversity of mental dispositions, interests, and mental capabilities of his followers and thus gave diverse teachings.  Looking at all the world’s religions in this light, I feel a deep conviction that all of the traditions are beneficial, each of them uniquely service the needs of their followers.”

Decided to write things out on this legal pad after the kids went to bed to serve as a sounding board for my thoughts, much like I do when online.  I find it therapeutic when my brain is scrambled with thoughts to give them linear form, thus making them easier to let go of.

After the kids got home and had finished their homework they had played outside till dinner then I decided it was best to give them the freedom of choice to watch Netflix or not.  Just because this is something I am doing does not mean I should force them to go through it too.  I retreated to a quite corner to read and meditate further.

One thought that I have felt a strong urge it to let a friend know that I have had a crush on her for quite some time, but I feel it is better to not mention it now that I have time to reflect instead of the instant form of communication brought via instant messaging.  I don’t want to bring her into this troubled world I live, she deserves far better than myself.

Still quite the feat calculating Stardates but at least its easier with the initial Stardate calculated.  Went fishing today, you may think “how cruel” when I say went fishing, I mean I went to the river and cast an empty hook and line out repeatedly knowing full well I would not catch anything but twigs and leaves lol.  I had been difficult, I have subconsciously reached for the phone a few times, only to have been stymied by the fact that wifi has been shut off lol. Have managed to maintain a vegetarian diet the past few days as well as to not disrupt the flow of energy.

Today’s quote also from Heart Sutra about theologies with a creator deity.

How might we determine whether someone loves God sincerely? Surely, we would examine that person’s behavior and attitude toward fellow human beings, toward the rest of God’s creation.  If someone has genuine love and compassion towards fellow human brothers and sisters, and towards the Earth itself, then I think we can be sure that that person truly demonstrates love for God. It is clear that when someone respects God’s message they emulate God’s love for humanity.

So the experiment comes to a close.  What can I conclude? Although technology has it’s pros and its cons it is neither inherently good or bad.  Good and bad are simple illusions, symptoms of an underlining problem, a colossal time suck for certain.  The root of the problem, however, lies not in the tech but in the heart, the mind, and the soul.  Although my self imposed isolation can hurt at times, it is neither fulled or caused by the technology, it is a crutch, and until I can learn to be ok with being alone, I will never be able to end my self inflicted suffering.

Mirror mirror on the status…. 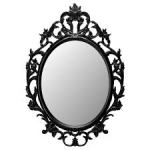 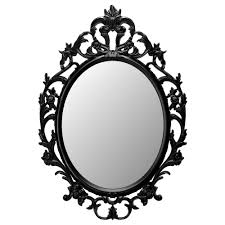 Even as a child I found social interactions confusing, often I would find myself unsure of how to act or react so I would sit quietly watching the interactions of others, often feeling like an outsider to the species (figuratively), if you will.

I have come to the long standing conclusion that often what we fear, what we hate in ourselves is what we hate in others.  I know not a very profound statement considering this has been a belief long held by psychologists.  But even my untrained eye can see what is right in front of it.  I will give an example.

I was following an interaction on a politically fueled discussion in regards to an argument of Liberals vs Conservatives.  It was a short lived argument because the Liberal decided not to engage (something I wish I had the strength of foresight to do often). The Liberal minded person made a statement (something I wont mention because I feel it will distract from the topic at hand), and the conservative persons response was as follows:

“You stupid ‘Libtard’ you are so uneducated are you a high school droup oute, or go to some libtard college?”

And that was where the altercation ended.  I did find it fascinating that the conservative minded person was angry, because they believed that the Liberally minded person was uneducated, yet themselves could not properly use punctuation marks, real words, or correctly spell the most basic of words.  I don’t mention this to insult, I know my own punctuation can be lacking due to thoughts streaming out into posts with little regard to editing,  merely to point out the very thing he hated in the liberally minded person was what was true in his own heart.

I often find myself wondering if those who hate others for other various reasons also do so out of such fears.  Hating those who are homosexual out of fear that they might be homosexual in their own hearts comes to mind.

1. When you catch yourself having a defining thought about someone, step back and ask, “What do I really know about this person?”

Often, the answer is a version of “not very much.” This behavior acts as a pattern interrupt, and forces you to stop and consider where the judgment is coming from.

2. When you hear yourself criticizing someone to others, stop and take a moment to come up with one thing you like about that person. Then praise them, out loud, for that quality.

This is another version of a pattern interrupt, and is also a reminder that they too are human, and like us all, have both attractive and not-so-attractive qualities.

3. When you find yourself in one of those incessant loop thought patterns of judgment about someone else’s behaviors, ask the hard question: Do I myself exhibit this same behavior or attitude that I judge in this person?

Almost always, the answer is yes (not that one always comes to that yes easily). You probably already know that the stuff that irritates us the most about others tends to be attributes we don’t necessarily realize we ourselves have. This was the single most difficult tool I used. It was also probably the most effective.

“Whatever a monk keeps pursuing with his thinking and pondering, that becomes the inclination of his awareness.” -Buddha

“By doing this you are like a man who wants to hit another and picks up a burning ember or excrement in his hand and so first burns himself or makes himself stink.” -Buddhaghosa Visuddhimagga IX, 23.

Vegans on the warpath! …sorta lol 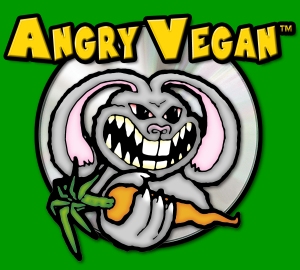 Gosh, it is very difficult talking to some vegans in a Buddhist group I follow lol.  They are quite quick to insult others who do not readily agree with them and advocate abandoning right speech in favor of angrily making their points.

Why am I suddenly reminded of Kim Davis, the clerk who is willing to abandon one teaching and angrily cling to another?

Remember friends you cannot expect anger to be accepted with open arms, anger only brings up anger. When you insult others who do not agree with you, you only make them dig in further.  Abandoning right speech will never work in your favor or keep you on the middle path.

“By doing this you are like a man who wants to hit another and picks up a burning ember or excrement in his hand and so first burns himself or makes himself stink.” Buddhaghosa -Visuddhimagga IX, 23.